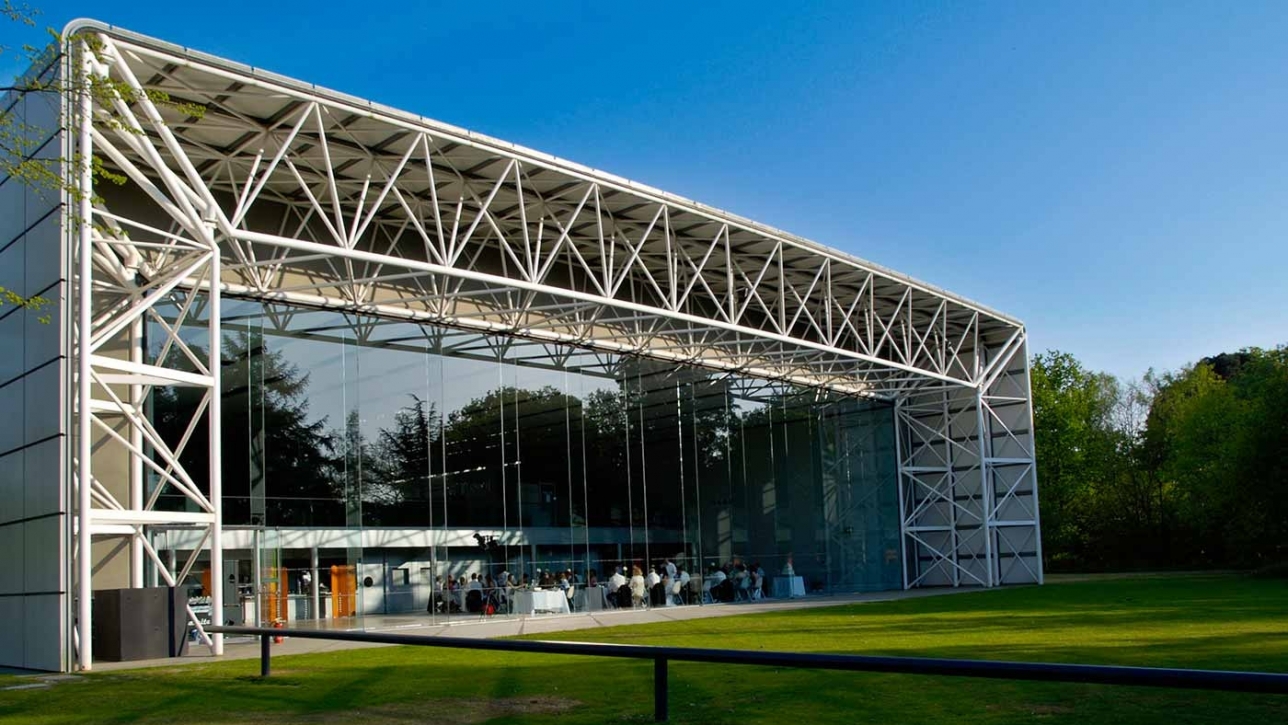 The Centre, SISJAC and the Research Unit  offer a range of perspectives and are at the forefront of research, teaching and public engagement. The Sainsbury Institute for Art (SIfA) brings together their activities and expertise, and that of UEA's School of World Art Studies and Museology, to promote an integrated approach to art as a global phenomenon through a combination of disciplinary approaches, exhibitions and programmes.

Robert and Lisa Sainsbury began building their art collection in the 1930s. They rapidly became two of the UK’s leading patrons of the arts and champions of new artists. Robert was knighted for service to the arts in 1967, but he and Lisa felt they could do more to share their enjoyment of art and their particular passions. Therefore, in 1973 they gifted the University of East Anglia (UEA) their collection of several hundred paintings, drawings and sculptures - some up to 5,000 years old - from around the world.

The University required a new building to house the collection, and the Sainsburys wanted this to be as inspiring as the works within it. They commissioned the-then relatively unknown Norman Foster to design the building, and Gatsby helped fund the construction of the revolutionary Sainsbury Centre for Visual Arts.

The Centre, with its striking open-plan galleries, opened in 1978, and Gatsby has supported its activities - including exhibitions, artist residencies, conservation works and programmes with local schools - since.

Over time, the Centre’s collection has almost tripled in size. As such, Gatsby has helped fund the building of a partially-underground Crescent Wing, plus an extension and major refurbishment which were completed in 2006.

In 1988 the Centre became the home of a specialist research department, set-up by Robert and Lisa to use the collection’s art from Africa, Oceania and the Americas to promote the study of the different cultures within these regions.

Gatsby supported the Unit’s expansion in 2006 and has since funded its core costs.

In 1999, Robert and Lisa auctioned their first joint-purchase, Modigliani’s Portrait of Baranowski, to provide an endowment for a research centre that would reflect their devotion to Japanese art. Following the success of the Centre and the Unit, the Sainsbury Institute for the Study of Japanese Arts and Cultures (SISJAC) was also established at UEA.

The Institute promotes the study of Japanese art, brings together resources and researchers from across the world, and disseminates research through events, lecture series and publications.

Gatsby made a significant contribution to establishing SISJAC’s library, which was named after Lisa Sainsbury. The library holds one of Europe’s largest collection of books and materials on Japanese art, with more than 25,000 items.

Gatsby has since funded SISJAC’s core costs and a number of Robert & Lisa Sainsbury Fellowships, which are designed to strengthen academic ties with Japanese studies programmes in the US and Canada.